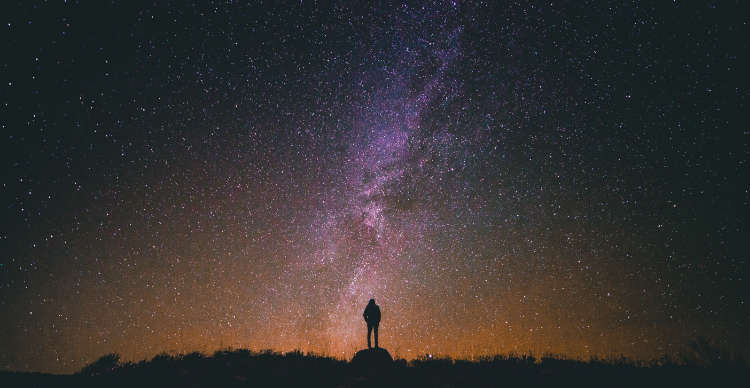 As chaos and confusion increase worldwide you are being called to rise above the madness and fear and anchor yourself in your own spiritual power. Discover the truth about who you are and ground into the power of your own eternal nature.

In this audio file you will discover:

I would like to shed a bit of light on the current global situation and the current human situation and perhaps put it into a different context than you are used to looking at things from. In so doing hopefully I’ll bring you a little peace of mind and allow you to integrate the intensity of the times and really get the gift from it all. At the end of the day, no matter what, we are all part of life.

My objective here is to bring you a sense of freedom and peace. What I am going to ask you to do is just take a few soft gentle deep breaths. The information that I am sharing with you is also supported by some very practical methodology ~ strategies, or techniques you could call them which basically allow us to shift this critical alchemy of consciousness into a very positive and harmonious connection with life.

Deepening our understanding of life allows us to move out of the ego’s perspective on reality into a much deeper eternal sense of self, and we can’t just do this with a flick of the fingers. We have to do this in stages, and we also have to repeat this to reconfigure our own inner landscape over and over. Why? Because we are riddled with old habits, old patterns, old thoughts, old beliefs, and old feelings that really have not been serving us for quite some time.

So there is no wonder we need to practice a little in order to liberate ourselves from these situations.

The wonder of life is that within that ocean the drop individuates. And in order for the ocean to experience itself as a part of itself, it needs a soul. And a soul is like a bubble, a membrane which records all the vibrations of its experiences.

Consciousness is a formless unlimited, boundless, and infinite potential. And you are a drop of that ocean. A tiny, tiny, tiny, little drop. And the wonder of life is that the ocean provides the opportunity for the drop to experience it’s own individuality. But in order to do that, consciousness, which is spirit, needs a soul. The soul is just like the membrane of a bubble in the ocean of life. And that membrane all around you is called your soul. So consciousness, which is spirit, is actually you and doesn’t have any form. It’s formless, boundless and free, can not be contained, is absolutely free, perfectly innocent, whole, and complete. It’s one with the spirit of God. It’s one with the spirit of life. Consciousness is a Oneness. It’s a singularity.  The  ocean of consciousness or Spirit is a singularity ~ a single unified field of infinite possibility and infinite potential ~ and you are an individuated aspect of that Oneness, in other words, a drop.

Individuated consciousness uses soul like a projector to project an image of form into the world. The form is the body. The body is not you ~ it is a projection of consciousness.

So spirit, “consciousness”, projects it’s own light through soul. Soul, like a prism or a projector, projects that life force, that creative spirit into the realm of creation, into the substance of creation, and the energy of creation responds to that. Consciousness defines reality.

Creation is made of energy. So all the energy particles, atoms and subatomic particles, and adamantine particles – these tiny little building blocks of manifest creation, of the world we perceive around us including our physical body, all respond to consciousness.

The atoms form the molecules, and the molecules are the building blocks of all the cells and all the elements. So, we have a physical body in an apparently physical world and it’s all responding to consciousness. This is the wonder of life. Consciousness and energy interface. The energy of creation responds directly to the alchemy of consciousness.

So your spirit consciousness, who you actually are, is projecting an image through soul into a vibratory realm. And the 3rd dimension, where we are existing in this world is a relatively slow vibrating place. There are higher dimensions that vibrate a little faster on a different frequency, a different wavelength, and so we can’t see them with our senses.

But, as we become more and more awake to who we actually are, we dissociate increasingly from the body conscious persona, the sense of self that says “I am this body”, “My name is Nick Good and I am a man giving this discourse”. Well that’s not true. That is a partial truth. That’s the ego perspective. The perspective of a body conscious persona. What’s true is that I am consciousness. I am spirit, projecting through the wonder of my own soul.

Consciousness is individuated. From the ocean a drop has formed in a bubble called a soul.

As Nassim Harramein the great quantum physicist tells us, every atom has a singularity within it. That’s a portal or an access point into the eternal, into the infinite. Of course it is. How could it be any other way?

It’s the same with us. Within us there is an epicenter within our being, a singularity, or an individuated point of consciousness called a soul, and that’s a doorway into our spirit. That’s an access point, and that’s where we find our centre. When we are centered we become balanced, we become grounded, and centered in our own sense of self, by being certain about who we are.

A fixed point of certainty, or an epicenter of intuitive conviction in Sanskrit is called Nizchay. The exercises that go with this information support you in experiencing that.

I am focusing on giving you some contextual information here that you can review at your leisure, but the most important thing is to practice the exercises that I recommend. They are very, very, very, very, simple, and what they will do is help liberate consciousness from being stuck in the matrix. It’s absolutely fascinating that we can get stuck in this stuff, even when the soul is projecting an image into the movie screen of life, into this virtual 3D reality, and all these other dimensions of so called reality.

This is why the architects of control, the proponents of the matrix, the forces of the darkness, and the forces of evil are fervently working and focusing on strategies to trap consciousness in the matrix. Their strategies include generating fear, confusion, chaos, anger, division, polarization, opinionation, and positionality.

The more emotional charge there is, the more effective that strategy is at trapping consciousness in it’s belief systems, which are mostly reactions to conditioned and programmed beliefs and  ideologies that have been inherited from our ancestors, from the culture that we have been immersed in, from the system, and from the machine that we have been growing up in. Fascinating, fascinating times we are living in.

Consciousness is being programmed very effectively through the technological revolution right now. Technology was sold to us all in the sixties and seventies. Technology was marketed to us as the savior. High tech has become associated with higher consciousness. So, the more technological the society becomes, the more evolved and advanced it becomes in terms of evolution of consciousness. And if we look around us, we know, we can see that that’s absolutely not true at all.

One of the most fascinating scenarios is the example of social media, and lets say Iphones. We are on social media on our iPhone, looking at all these wonderful photographs, these beautiful people, all these inspiring quotes, video’s, and whatever else.

What we are really looking at is a code. There is a technology code behind that. And that code has been encoded into us, into our brains, into our central nervous system. So consciousness is being encoded. We are being computerized. So, everybody is being programmed through technology. That’s whats happening. Nature on the other hand has, lets just call it a natural code. Gregg Braden wrote a book called the divine matrix. There is an unnatural and inorganic matrix, super imposed upon an organic natural matrix. Fascinating stuff. Super high-tech hacking of human consciousness is going on. Hacking, programming, and conditioning.

The film the matrix gave some tremendous insight into this thing. So, the war on terror and the reinforcing of polarization on different facets of society through religion, ethnic culture, teams, national boundaries, and of all of this stuff is really a war on consciousness. The control is the manipulative system, the social political system, the rulers of the earth, the role of families, the elite, and the ones with the one percent.

They have a part to play in it all,. They are manipulating to the best of their ability. There are factions, cults, clans, bloodlines, and brotherhoods within the normal, so it’s not a unified ascendum. Everything is fragmented. But the matrix itself, the thing that consciousness is trapped in, is organically evolving itself so we will generate scenarios with thought forms, and  feelings that causes problems from the inside through our cellular structure, and through our DNA.

Remember in the film the matrix how Morpheus was telling Neo that anyone who hasn’t freed their mind was potentially an ancient? And then you would see Neo running away from the ancients and they would look like they had gotten away and then an ancient would appear in someone random with a bomb in the subway or whatever. That is the matrix you see.

So anyone that is programmed or conditioned according to the competitive ego based body conscious sense of self is hackable, and posessable by the matrix. The spirit of the matrix itself  is evil. If you want to use religious terminology: this is the devils world and the matrix is evil. The divine’s matrix is Gods creation. But it´s not a three dimensional creation. It doesn’t have the same limitations as the physic psychological laws of physics.

One of the so called bridges into awakening is sacred geometry. Sacred geometry enthusiasts found these designs, blue prints, perfect templates, fibonacci spirals, fire ray shows, golden mean triangles, pyramids, star tetrahedrons, and all of this stuff, and they are holding them up as if it´s some kind of savior in itself and if we just focus on it, somehow we will awaken into higher beings of higher consciousness. But what they are looking at is the blue print of the matrix. They are looking at the plants of the prison. That´s all it is.

Spirit is boundless and free. It is formless and doesn’t require structure. So all structure is in a sense limitation dependent on the emotional charge and how strongly the ego is reinforced in absolute prison.

We will take a break. 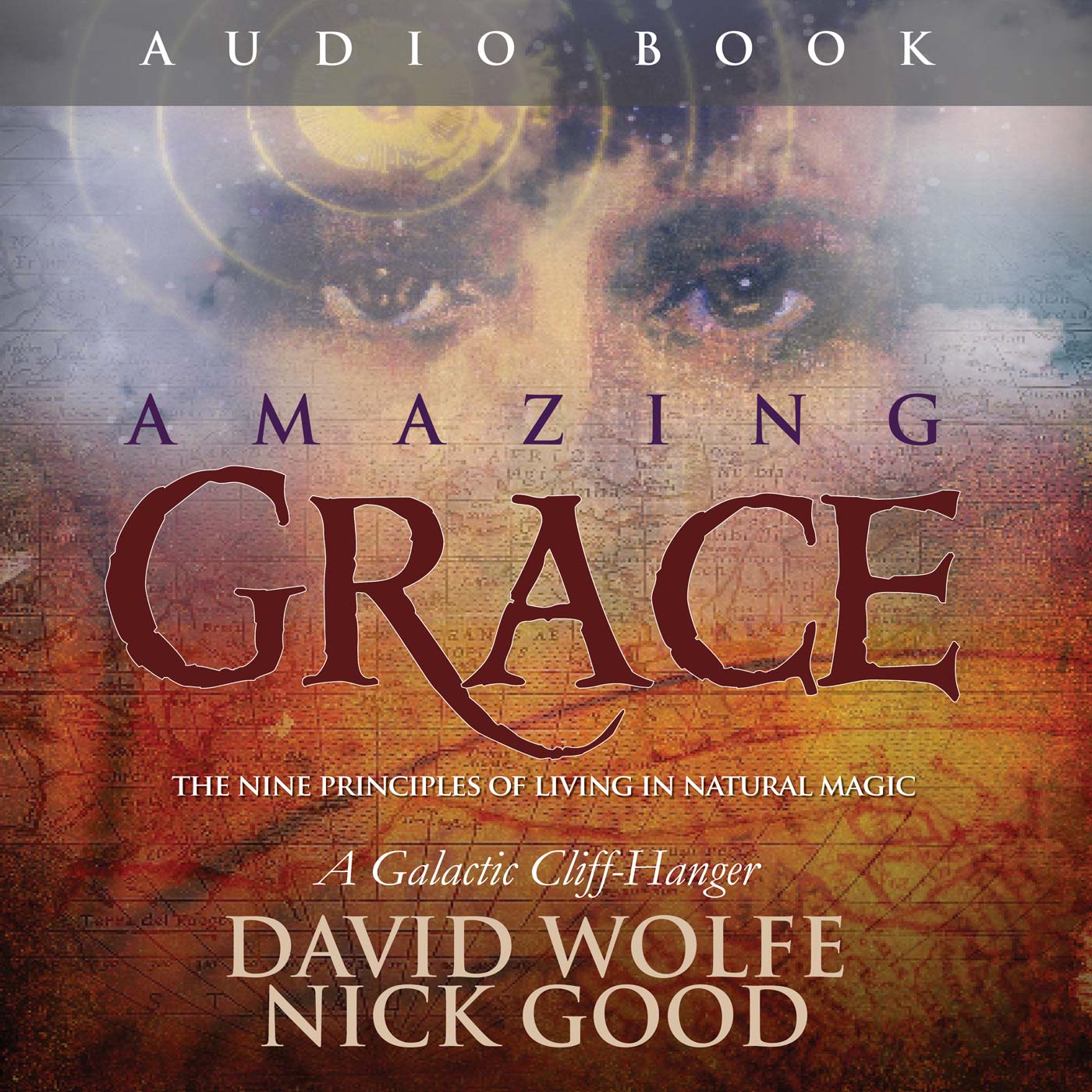 The 9 Principles of Living in Natural Magic

Discover the ﻿9﻿ Principles of Living in ﻿Natural﻿ Magic

Discover The 9 Principles of Living in Natural Magic

"A Stunning, Affirming and ﻿﻿﻿Transformative﻿﻿﻿ Worthy Companion and Guide"

GET YOUR FREE COPY OF